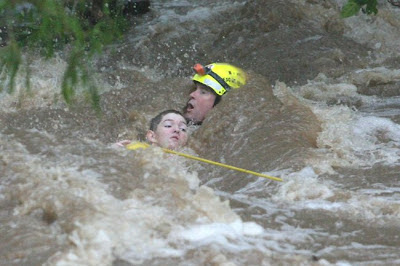 Hero at work in Rockhampton floods January 2013...what a way to start the year. 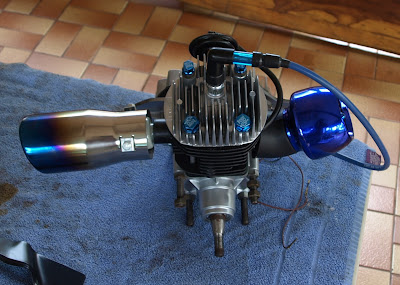 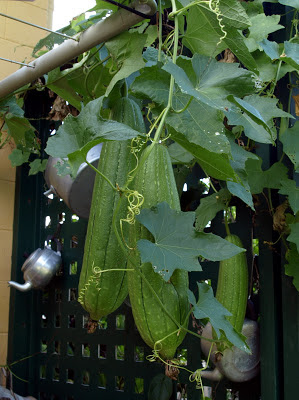 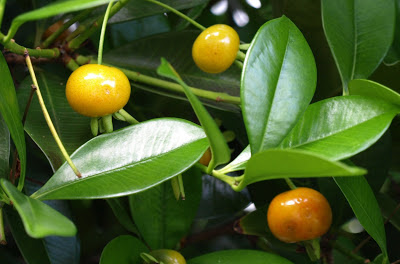 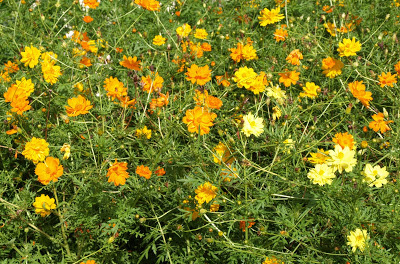 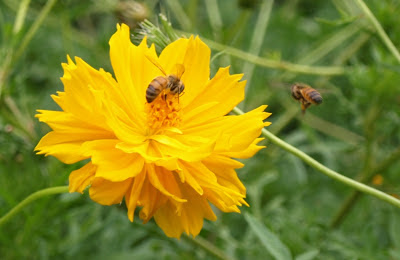 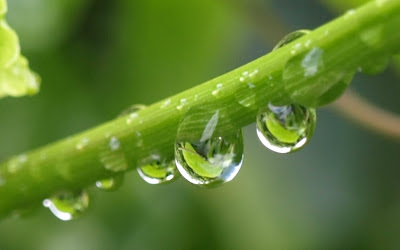 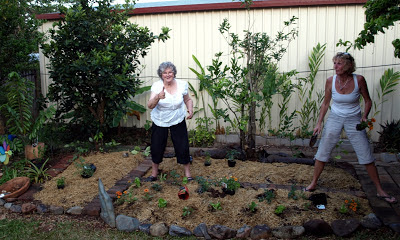 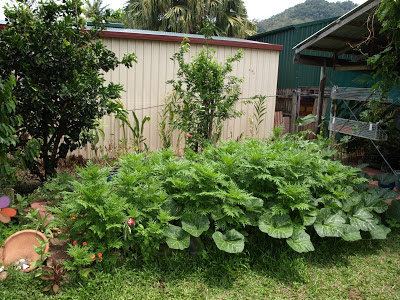 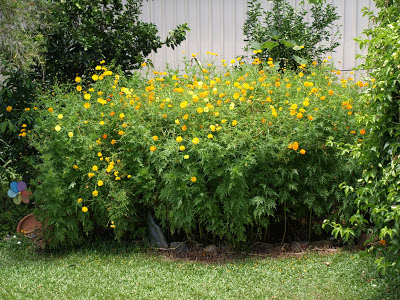 Have been searching for a plain steel Victa Utility base suitable for restoration and modification for several months now, one that will take a full crank 160 cc engine. Finally found one for sale in Herberton. It belonged to a young man called Luke Dar who spends a lot of his spare time working on and learning about small engines, he is only 14 years young...thank you Luke 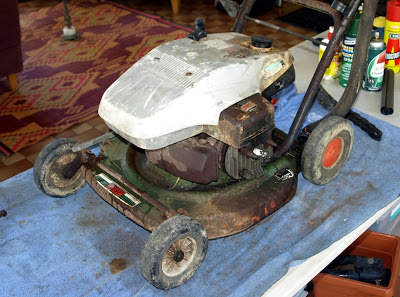 The mower as purchased 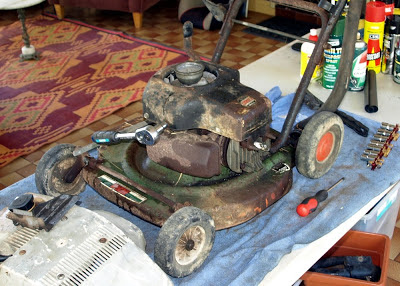 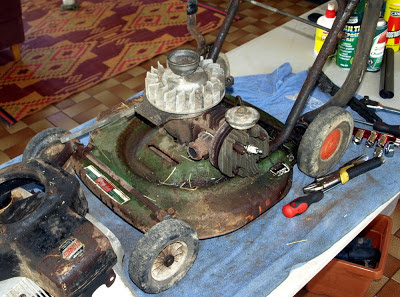 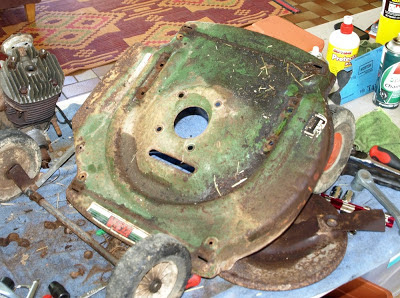 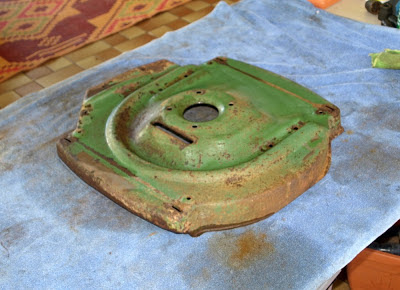 Base degreased and washed 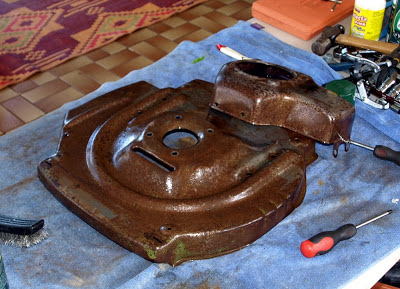 Base with paint stripped 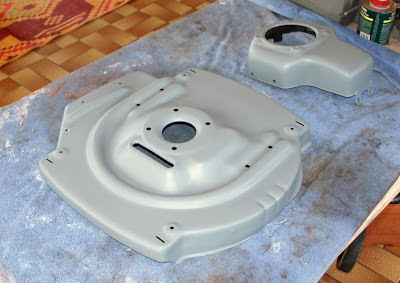 All rust removed and cut down to bare metal. Prone to rust quickly in our high humidity so 3 coats of primer applied. 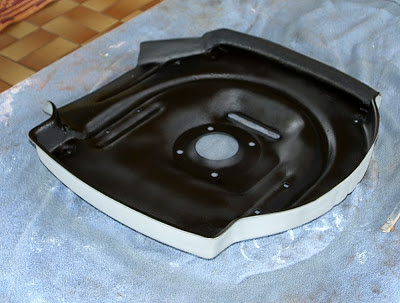 The rust pits and stone strikes on this 30 year old frame are permanent and hard to fill effectively so a sound deadening tar based paint was used on the bottom of the base. 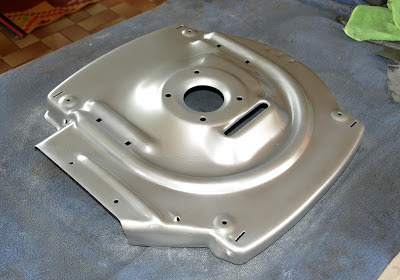 After a thorough sanding the base was coated in liquid chrome based paint to form a reflective surface. 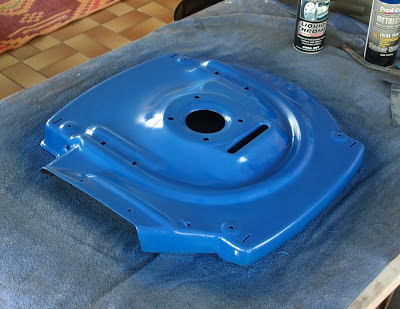 A transparent blue base paint was applied over the liquid chrome. here it is in it's uncured fresh state. 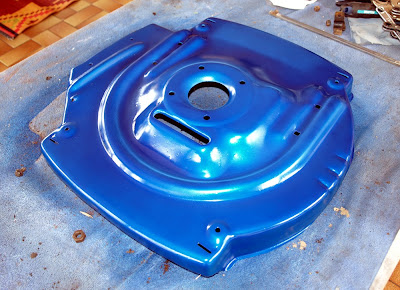 After curing for 2 hours the blue metallic effect is beginning to show. This is only the base coat to set  the colour for the overall project. 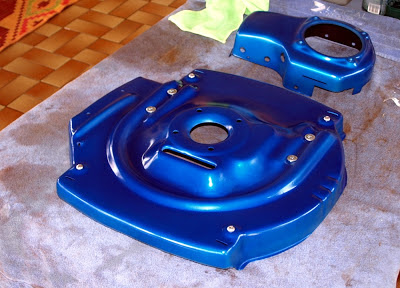 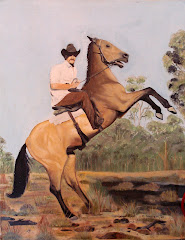 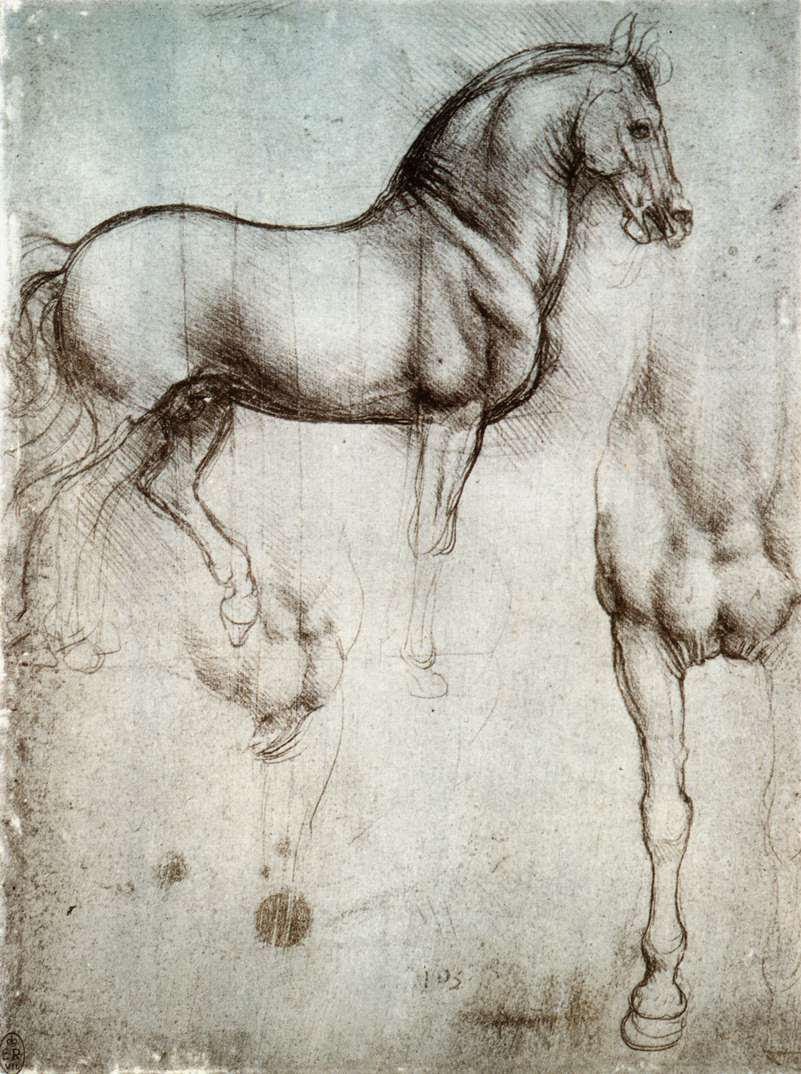 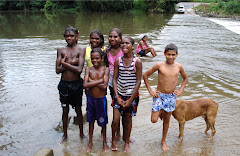